After an apprenticeship at several agencies, Wunderman joined Maxwell Sackheim & Company in 1947, where he became executive vice president. In 1958 he founded Wunderman, Ricotta & Kline, now known as Wunderman.

In 1967 in an address at MIT, Wunderman identified, named and defined direct marketing, and for more than four decades he has led the theoretical and practical growth of the industry. Known as the "father of direct marketing," he has received many awards and tributes from the direct marketing industry including being named to the Direct Marketing AssociationÂ´s Hall of Fame in 1983. He was responsible for developing the Columbia House Record Club and was the first to use magazine subscription cards. Columbia House was the first attempt to combine retail traffic and in-home, mail-order sales. The post-paid insert card he created for Columbia House not only increased sales responses by 500 percent but has also become an institution in the advertising industry.

His book, Being Direct, was published by Random House in January 1997. An earlier book, Frontiers of Direct Marketing, was published in 1981, and his speeches and articles have appeared in publications worldwide.

Wunderman was visiting professor direct marketing at the school for continuing and professional studies at New York University 1998-2000, and he has lectured on direct marketing at Columbia University, Fordham University, Boston University and the Massachusetts Institute of Technology. He was formerly a director of the Advertising Council, and he also served on the boards of directors of the Direct Marketing Association and the American Association of Advertising Agencies.

Wunderman is a member of the visiting committee of the department for the arts of Africa, Oceania and the Americas of the Metropolitan Museum of Art. He was also a long-time trustee of Sesameworkshop (formerly known as the ChildrenÂ´s Television Workshop).

Wunderman is also a photographer. His photographs of the Dogon people of Mali are in the permanent collection of the Metropolitan Museum of Art and have been exhibited at the Art Institute of Chicago and 12 other museums.

Lester Wunderman (June 22, 1920- ) is an advertising executive widely considered the creator of modern-day direct marketing. His innovations include the magazine subscription card, the toll-free 1-800 number, loyalty rewards programs, and many more. He identified, named and defined the term "direct marketing" in a 1967 speech at MIT, and was inducted into the Advertising Hall of Fame in 1998.

Wunderman was born in the Bronx and educated at New York City public schools. He attended classes at each of New York CityÂ´s colleges and universities so he could create his own "degree." Though highly educated, he still does not hold a formal college degree.[1]

In 1947, he was hired as a copywriter at Maxwell Sackheim & Co. While there, he noted that their "mail order" accounts had the potential to be built into a broader line of business. He introduced a "direct marketing" approach to service them, using the medium of clientsÂ´ mailboxes as a way to develop a more personal connection with potential customers than general advertising had previously found possible. In 1972, President Nixon contacted Wunderman in order to spread the new zip code system so that many of WundermanÂ´s direct marketing techniques could be used to educate the population on the new system.

Together with his brother Irving and two colleagues, Ed Ricotta and Harry Kline, they met on August 20 1958 for the first time in LesterÂ´s new "office" - a $30-a-night room at the Hotel Winslow in New York City - and with combined assets of $60,000 they founded their own agency, Wunderman, Ricotta & Kline, to expand the direct marketing approach. In 1958, Wunderman, Ricotta & Kline opened its doors in New York City with a staff of seven. There were no clients. Nevertheless, WRK attracted more than $2 million in billings during its first year. WRC (later acquired by Young & Rubicam and eventually called Wunderman) was responsible for developing the Columbia Record Club, the 1-800 toll-free number for businesses (developed for a Toyota campaign) and the magazine subscription card. A long-time relationship with American Express also led to the first customer rewards program-a breakthrough means of keeping customers loyal to a brand that has since transformed the travel and retail industries as well.

Wunderman was elected to the Direct Marketing Hall of Fame in 1983 and the Advertising Hall of Fame in 1998. He was named one of twenty "Advertising Legends and Leaders" by AdWeek Magazine in 1998. He is the subject of an anecdote in British advertising circles when he visited the UK agencies. Derek, the famously forthright guardian of Young & RubicamÂ´s car park, once confronted him. "You canÂ´t fucking park there," he said. "But IÂ´m Wunderman," the agencyÂ´s owner replied.

"I donÂ´t care if youÂ´re fucking Superman, you canÂ´t park there," Derek said.

Mirroring his eclectic college education, Wunderman has lectured at a host of schools, including Columbia University, Fordham University, Boston University, and M.I.T. His book Being Direct: Making Advertising Pay was published in January 1997 and republished with new material in 2004. An avid art collector, he has donated nearly 300 works of Dogon art to the Metropolitan Museum of Art. He has been an exhibited photographer for many years. He studied photography at the New School for Social Research and then with private instructurs. Fifty of his photographs of his Dogon art are part of the permanent collection of New YorkÂ´s Metropolitan Museum of Art and thirteen other museums. His work has been represented by galleries in New York and the village of Mougins, France. He, Jacqueline Kennedy, Carl Katz, and Cornell Capa helped found the International Center of Photography in New York. His book of photographs, named "Wunderman", has been published and distributed in 2008 by the global advertising agency that bears his name.

He currently serves as Chairman Emeritus of Wunderman. He lives in New York City and the South of France with his wife Suzanne, who was Director of Editorials for WCBS-TV, New York, for many years (under professional/maiden name Sue Cott). Wunderman remains an active speaker, author and photographer. 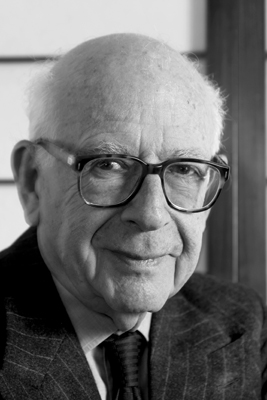 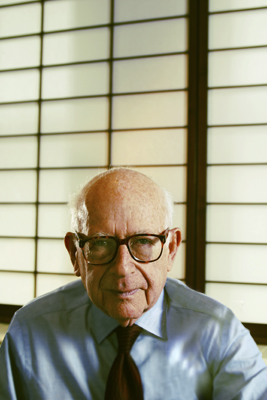 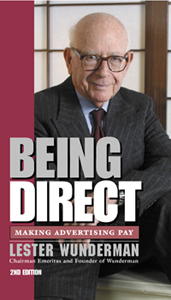 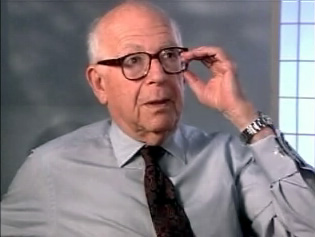 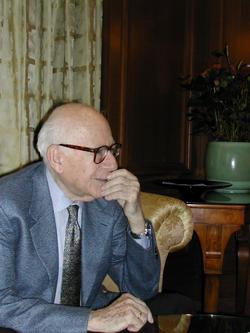 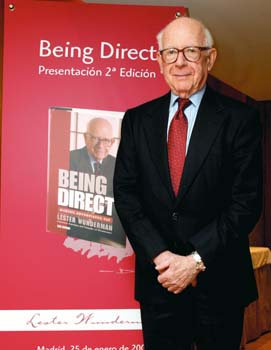 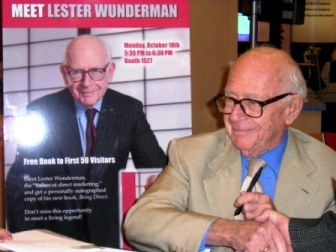 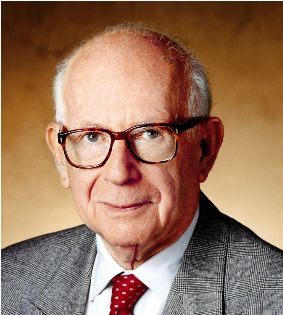 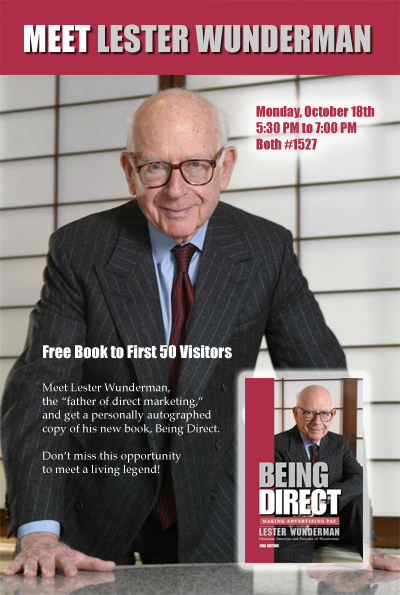 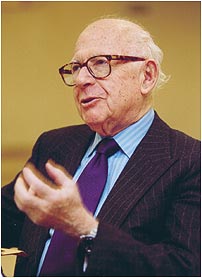